Reuters, A Law Degree From Prison? Minnesota School Says Enrollee Is a First: 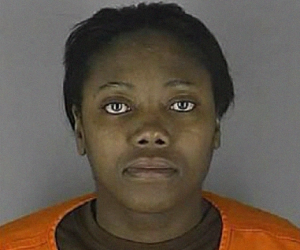 A Minnesota law school is poised to become the first American Bar Association-accredited law school with a J.D. student attending class from inside prison.

Mitchell Hamline School of Law said Monday that Maureen Onyelobi, who is serving a sentence of life without parole for aiding and abetting a 2014 murder, will be the school’s first incarcerated student this fall.

Officials at the St. Paul school last month received permission from the ABA to enroll up to two incarcerated students in each of the next five years and is allowing them to attend class fully online. The Minnesota Department of Corrections has also granted its approval.

It’s a moment nearly three years in the making as part of a collective effort by the Prison to Law Pipeline, a program of All Square and its newly formed subsidiary, the Legal Revolution. The effort aims to transform the law through initiatives that center racial equity, wellness, and the expertise of those most impacted by the law.

Onyelobi received word of her acceptance last Thursday (June 9) from President and Dean Anthony Niedwiecki and John Goeppinger, director and co-founder of the Legal Revolution. They traveled to the state prison in Shakopee to deliver the historic news. “We have a drive and a passion to learn the law that most have never seen before because we know what it is to be in here,” said Onyelobi. “We know what it’s like to be on this side of the law.”

“Learning the law is a vital vehicle for freedom and lasting change in our community,” said Elizer Darris, chair of the board of the Legal Revolution. “Maureen’s acceptance is social proof that the time for change is now and the energy is here to change it.” Darris – who co-founded the Legal Revolution with Goeppinger and Emily Hunt Turner, CEO & founder of All Square – studied law while in prison and developed the legal argument that ultimately led to his release when the Minnesota Supreme Court reversed his life sentence in 2016.

The Prison to Law Pipeline is an extension of an existing partnership between Mitchell Hamline and All Square, which have collaborated to provide civil legal services to those returning home from prison since 2018.

“Mitchell Hamline has a long history of looking for ways to expand the idea of who gets to go to law school,” said Dean Niedwiecki. “It’s important for people who are incarcerated to better understand the criminal justice system, and this is one important way to do that. Our students will also benefit from having Maureen in class with them.”

A series of factors made Onyelobi’s acceptance to law school possible. The American Bar Association recently granted a variance to allow her to attend classes entirely online, which she will do from Shakopee. The variance will allow Mitchell Hamline to admit up to two incarcerated students each academic year for five years. Onyelobi’s tuition will be paid through private fundraising and the same scholarship assistance available to all Mitchell Hamline students.

The Prison to Law Pipeline also has the full support of Commissioner Paul Schnell of the Minnesota Department of Corrections, who approved the J.D. program as well as the Legal Revolution’s undergraduate paralegal program, which successfully launched in August 2021 in partnership with North Hennepin Community College.

“To have those who have been through the system help craft and challenge the law by accessing high-standard legal education for the betterment of themselves, and for the betterment and service to others, is a remarkable opportunity,” said Schnell. “It’s something I’m really proud to support.”

The Legal Revolution will celebrate the Prison to Law Pipeline and this historic occasion at its public launch on June 15th, 2022.