We have arrived at the end of affirmative action. Now, more than ever, institutions of higher learning must move beyond a single-minded focus on educational diversity, which admits students of color primarily to enrich the classroom experiences of their white peers and then ignores what they may need to maximize both engagement and retention. Instead, affirmative action programs need an immediate update; they should take contemporary issues of race and racism into account, as well as the lived realities of students of color—by including multiracial students, recognizing diversity beneath the student of color umbrella, acknowledging intra-racial differences in pan-ethnic groups, and accepting that the resources and realities of Black immigrants differ from native-born Black Americans. Furthermore, to maximize the benefits of educational diversity, institutions must also prioritize equity and inclusion once students are enrolled.

Using national longitudinal data from the Law School Survey of Student Engagement (LSSSE), this Article compares and contrasts students from different backgrounds on multiple measures to reveal how their lived realities should guide affirmative action efforts for the few remaining years it may survive. 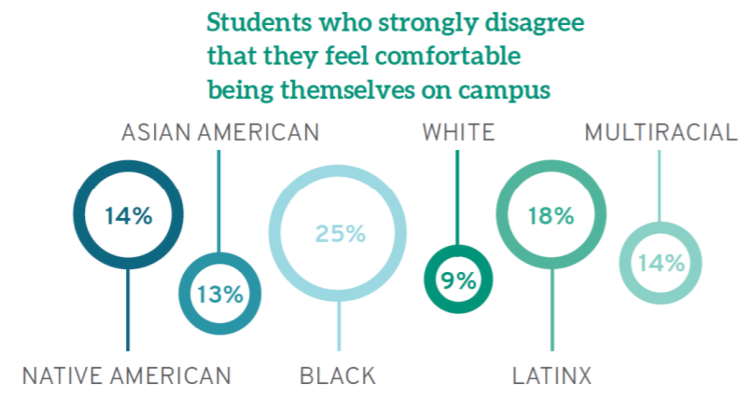